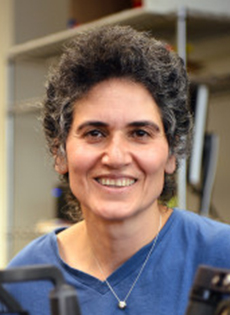 Avideh Zakhor is a senior scientist at Signetron Inc. She is an expert in image processing and computer vision algorithms and architectures. She will be instrumental in developing TERRA-­MEPP’s image processing software. She will help choose the robot’s imaging sensors, e.g. visible light, infrared, or depth cameras, and corresponding image processing algorithms to estimate biomass in a fast, automated, and accurate fashion. Avideh earned her bachelor’s degree in electrical engineering from the California Institute of Technology and went on to earn her master’s degree in electrical engineering and her doctorate in electrical engineering and computer science from the Massachusetts Institute of Technology. She has won numerous best paper awards in IEEE transactions in signal processing, multimedia, and circuits and systems for video technology. She won the presidential young investigator (PYI) award from President George Herbert Walker Bush in 1990, and Office of Naval Research Young Investigator Award in 1992. She was a Hertz fellow from 1984 to 1988. She co-founded Urban-Scan in 2005, which was acquired by Google in 2007, and OPC technology in 1996, which was acquired by Mentor Graphics in 1998.