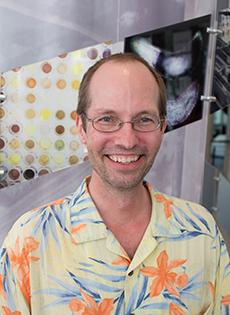 Edward Buckler, Research Geneticist, USDA-ARS at Cornell University, is interested in the genetic basis of trait variation and using this natural variation to improve crops. For TERRA-MEPP, he will help develop new approaches to use genomic mapping to evaluate how genetics influence the daily growth and local adaptation of crops. Edward graduated with honors and a bachelor’s degree in biology and archeology from the University of Virginia. He earned his doctorate in biological sciences from the University of Missouri, Columbia, and went on to be a postdoctoral researcher in statistical genetics at North Carolina State University. Edward has served on numerous scientific advisory boards and received many awards, including the U.S. Presidential Early Career Award in Science and Engineering, the Arthur S. Flemming Award, USDA Distinguished Senior Research Scientist of the Year, and elected to US National Academy of Sciences.